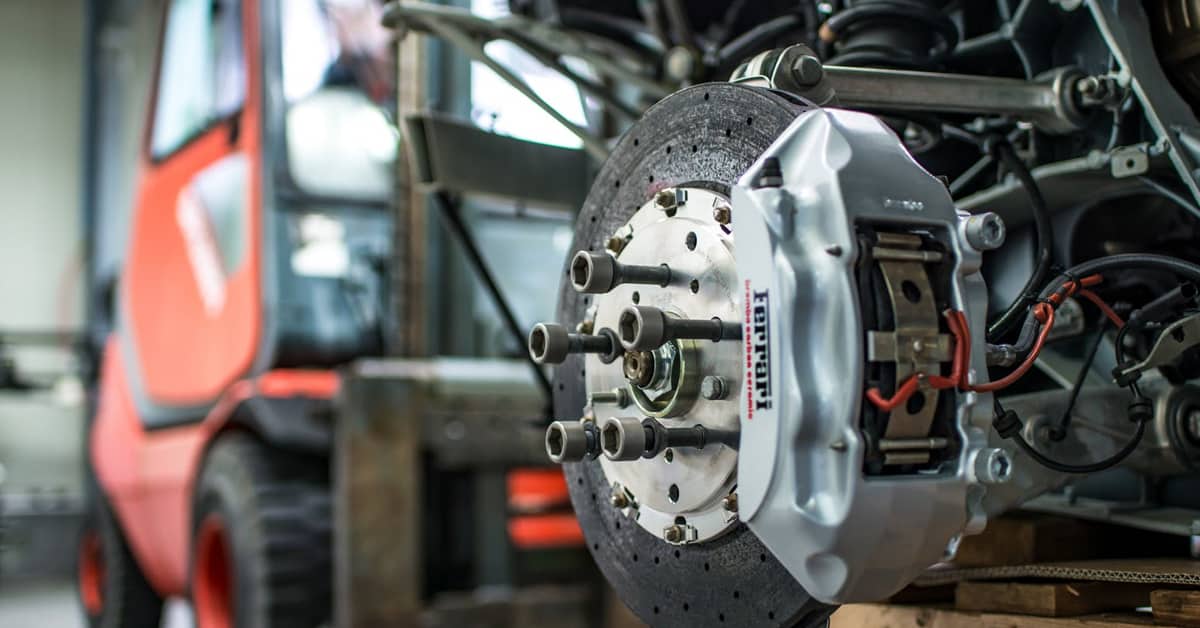 The temptation of hitting the brakes suddenly when someone is constantly tailgating you is one of the strongest you may encounter while you drive. This road rage, while justifiable, is undoubtedly unsafe. But is there any safe time to do a brake check?

Ideally, you should never break check other drivers on the road, however enraged you are. If someone is tailgating you constantly, you should report them to the police and not take the law into your hands, as brake checking is a criminal act that’s punishable by imprisonment in serious cases.

What Does It Mean When Someone Brake Checks You?

Brake checking, also referred to as brake testing, is the practice of stopping abruptly to have a tailgater elicit an impulse reaction: usually slamming on the brake checker or swerving out of the way to avoid a collision.

Put simply, if someone brake checks you, it means they slammed on their brakes aggressively and suddenly to cause either of the reactions explained above.

There are many reasons why a driver may want to perform a brake check on the road, but none is worth some of the potential effects of brake checking.

When Should You Brake Check?

Before going into some of the commonest reasons why drivers brake check, it’s important to note that brake checking is an illegal activity and you should never brake check someone for any reason.

Even with the obvious risks associated with brake checking fellow drivers, some drivers do brake-check others due to road rage. You don’t have to do anything morally or legally wrong; they may decide to randomly brake check you because they’re angry for some weird reasons.

Some drivers might also brake-check other drivers because they feel they’re being followed. This is the most common cause of brake checking and it causes unnecessary wanton destruction.

When some drivers believe someone is tailgating them, they will actively try to tell the following driver to stop tailgating them, and a popular way of doing this is by pulling off a brake check. This practice is not only illegal, but it can also result in death or serious injuries that could have been prevented easily.

Another reason why a driver may brake check other drivers on the road is to avoid paying insurance. This may sound crazy, but it’s far more common than you think. However, its popularity doesn’t mean it’s a failsafe method.

In most states and countries around the world, you’ll be responsible for colliding with a car from behind. One clever way to make a car collide with you from behind is by brake checking them, but that never clears your insurance debts.

Instead, the best you can get from a brake check is multiple injured passengers and a court case. In very rare cases you can also get a dead driver or passenger or a car that’s damaged beyond repair.

Is Brake Checking a Tailgater Illegal?

Brake checking is an illegal activity, regardless of who you’re brake checking or why. Even if someone is constantly tailgating you, you should try to refrain from brake-checking them to stay on the right side of the law.

If the resulting accident isn’t fatal, a driver that brakes check on the road may get tried and prosecuted for dangerous driving, a criminal offense that may see them spend up to two years in jail with a hefty fine.

The driver will have to face even worse consequences if the brake checking resulted in the death of anyone. This will amount to death by dangerous driving, a serious criminal offense that’s also punishable by up to a 14-year imprisonment term.

It doesn’t matter how angry you are behind the wheels, there is never a justification for brake checking a tailgater. There is always a better and more legal way to handle every situation on the road, and brake checking should never be used, even as a last resort.

What Should You Do Instead of Brake Checking?

If you drive for long enough, you’ll eventually encounter a scenario where you’ll feel like slamming on your breaks suddenly to teach that persistent tailgater a lesson. As I’ve emphasized earlier in this article, you should never do that, unless you’re ready to spend a couple of months in jail.

Instead, if someone is tailgating you to the point where you feel enraged, the best thing to do is to pull over and let them go ahead. While that can be a very hard pill to swallow, it’s certainly better than having to face court proceedings as a consequence of your actions.

If they wait and continue to tail you even after this, you may have to report to appropriate law enforcement. In this case, you should avoid driving directly home and wait for the police to come around and pull you over for an amicable settlement.

If someone brake-checks you, however, you shouldn’t try to plan an act of revenge. Instead, you should report to the police if you have enough evidence, as nothing usually happens if you don’t.

If you notice that someone may be planning a brake check on you, it’s best to keep as much distance from their car as possible. You don’t want any issues trying to explain you didn’t collide with them intentionally and you wouldn’t want to pay damages when you’re not at fault.

It’s also important to note that tailgating is illegal, and you can get fined or even jailed for tailing someone. However, it’s always best to report someone tailgating you, as it’s also illegal to take the law into your hands.